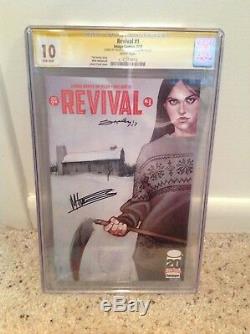 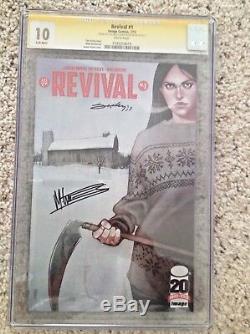 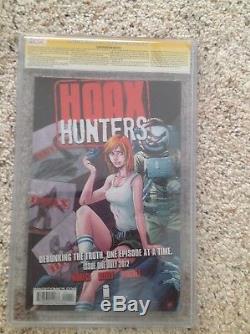 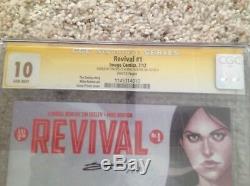 Just Google "Revival Comic Movie" and look for yourself. A teaser trailer was also made.

The comic has been optioned for a live-action movie adaptation from independent production company Shatterglass Films, and already has its first teaser trailer. The announcement was made at a panel where the filmmakers showed a surprise teaser trailer to the room of fans. Part of whats so exciting about working with a company like Shatterglass is that not every comic story needs to be a hundred million dollar plus movie nor should they be. Teaming up independent comics with an independent film production company just makes sense, said Seeley. This Book will SKY once movie is made, it's the only Gem CGC SS 10 out there in the WORLD. All these TV series out there, Can't wait for Revival, Finally. The item "Revival 1 CGC 10 SS One of a Kind Movie Coming Soon Weekly Payments Plans" is in sale since Sunday, August 5, 2018.