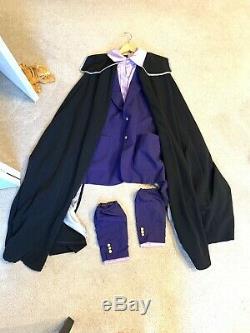 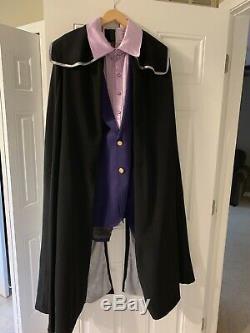 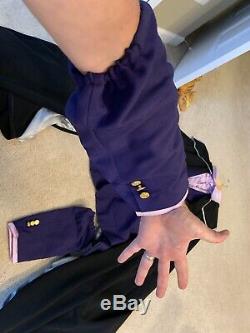 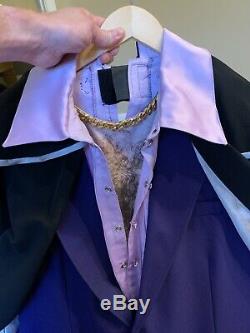 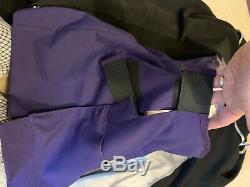 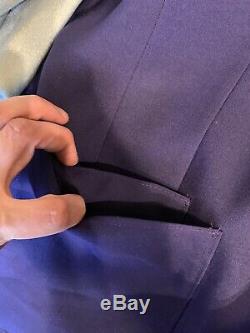 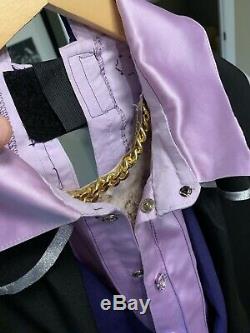 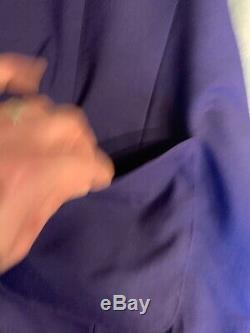 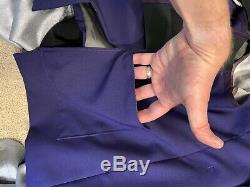 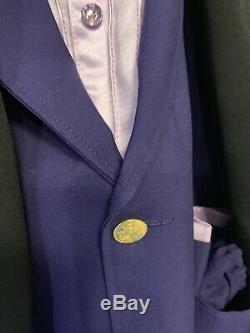 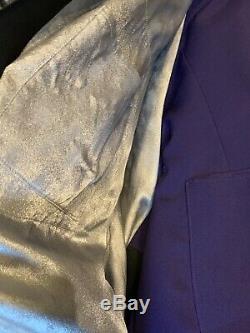 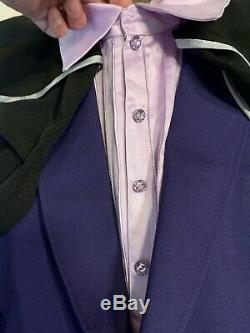 Custom INSTANT MAGICIAN costume stage Magic Comedy ONE OF A KIND. Custom made costume for performing the Instant Magician routine with an ADULT audience volunteer. Costume is all one unit and goes on quickly, and is held in place by Velcro straps. The Velcro also allows you to easily adjust to different size audience members. The Cape helps hide the magician behind the volunteer for a better illusion. Cape also hides volunteers arms.

There is more movement freedom for the magician, than a traditional instant magician jacket costume. Functioning pockets in the front, with a divider to help find props easily. Hidden pocket in the Cape, and also a pocket behind the costume for access to more props. Bulit In custom comedy bit.... The dress shirt front can be unsnapped to reveal a hairy chest during the routine.

Also includes sleeve shells, that the magician can wear to help create the illusion of the arms blending with the costume. Custom designed and crafted by a professional theatrical costume company. Lots of detail in the costume. Made with a durable fabric that travels easily, and can be cleaned quickly. Two of these costumes were made.

One was used in a theme park show. This was a back up costume, that was only used a dozen times.

This is a chance to do something different with instant magician! The item "Custom INSTANT MAGICIAN costume stage Magic Comedy ONE OF A KIND" is in sale since Tuesday, July 9, 2019.