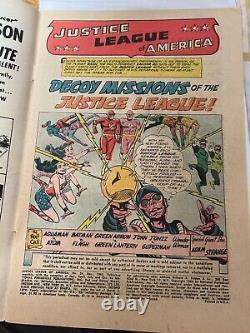 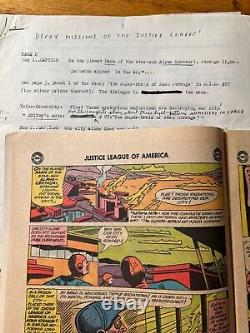 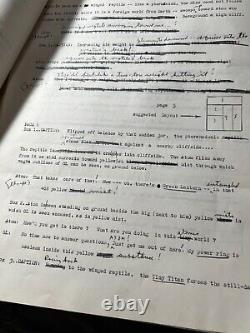 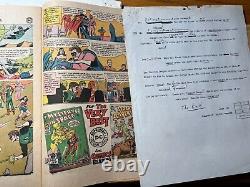 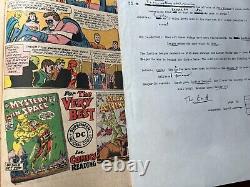 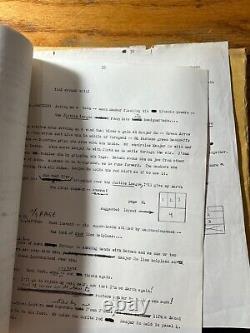 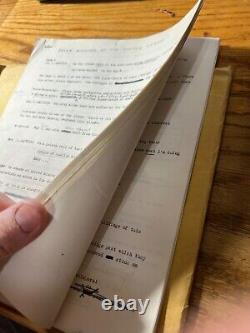 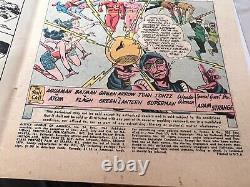 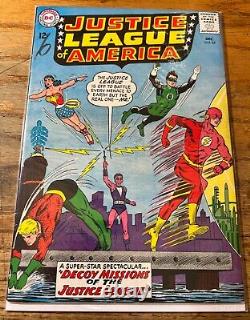 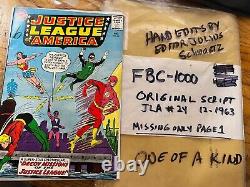 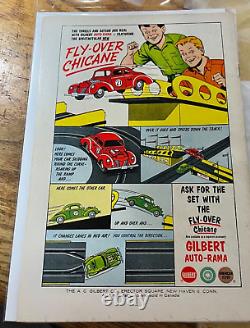 ONE-OF-A-KIND Justice League of America #24 Original 1963 Comic Book Script UNIQUE!!! We are offering the original typed script for the comic book, Justice League of America, No. 24, published in December 1963. This is a once in a lifetime opportunity for a savvy DC Comics fan -- and it's an offer that just doesn't come around often if at all. Was written by one of the comic book industry's most celebrated authors, Gardner Fox, whose creations include the original Flash in 1940. The script contains significant edits that we believe were made by the magazine's famous editor, Julius Schwartz, in his handwriting. Julius "Julie" Schwartz was a comic book editor, and a science fiction agent and prominent fan. He was born in The Bronx, New York. He is best known as a longtime editor at DC Comics, where at various times he was primary editor over the company's flagship superheroes, Superman and Batman. The script was sent to a diehard Superman & JLA fan in the 1960s by the DC staff as a thank you for his enthusiastic support for their comic books. It came as shown with the first page missing. The script tracks the comic book (see examples in photos) and contains a variety of suggestions and comments made by Schwartz in pen. With the exception of the first page of the comic book, the splash page (seen in the second photo) , the text for the script is complete. It is numbered to Page 36, which is detached, but is the last page of the script and the end of the story for the book. The pages show wear as you can see but they are not fragile if that is a fair enough description. Happy to share more info if you have questions. We are including a very nice copy of the comic book itself. Spine may be worn, pages may be bent, and there may be other general signs of wear. C onditions vary, but all show general signs of wear.

Some may have bends and/or frays and/or ripped corners and/or edges--on covers and/or pages. You get the exact comic book pictured.

I have many comics for sale, and they vary in condition. I'm not a good, let alone an expert grader, so I won't even try and tell you what I think the grade should be. I do try to point out flaws if I see them either in words or in photos, so review description and photos to get a better idea of what condition this lot is in. I've taken photos but please feel free to ask for more images or information.

I'm happy to oblige quickly. You will also get a bonus book as pictured. This one is in good shape.

Comics come as is, as pictured. Here are a few general things you should know. I have 4,000+ items for sale (hopefully less after you read this). Surely there is something that you don't need but want?

Take a look at my feedback -- I go above and beyond. If you have a special requirement, just ask and I will try to accommodate you. I respond to questions as quickly as possible, so give me a chance to answer your questions.

The seller is "halcptr" and is located in this country: US. This item can be shipped to United States, Canada.