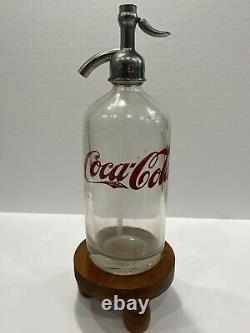 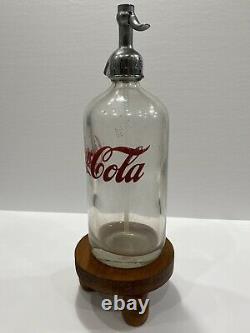 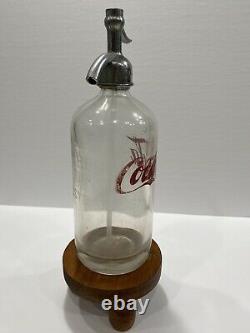 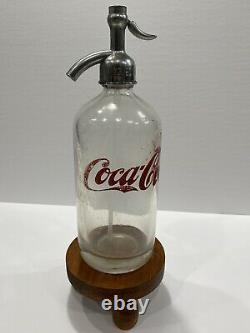 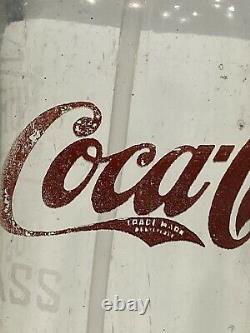 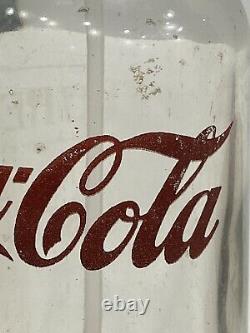 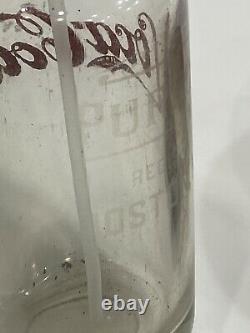 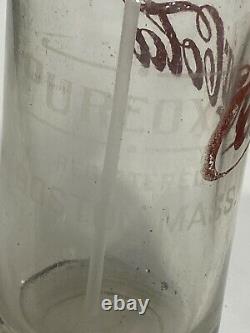 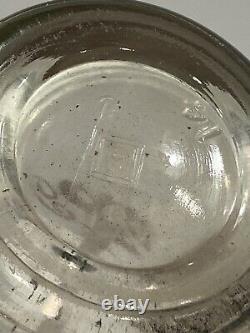 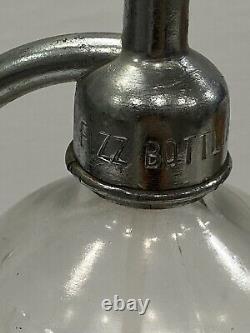 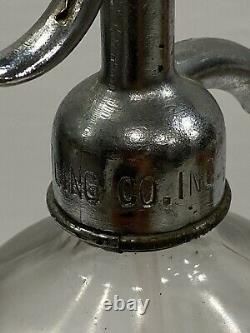 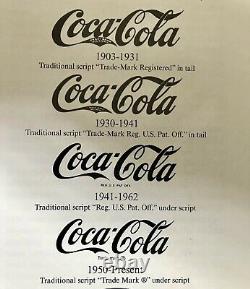 Vintage Pre 1930s COCA COLA Seltzer Bottle. Coca Cola printed their logo on a Pureoxia (Moxie) bottle from Boston Massachusetts. This is truly a One Of A Kind bottle. The bottle has the Coca-Cola script painted on it in red pyro.

On the back of the bottle (not centered) you can see the Pureoxia info from that time period Pureoxia Boston, Mass. Either painted or etched into the glass. It also has a 0 embossed on the bottom with a square around it and the number 14. The pour spout is intact and has FIZZ BOTTLING CO. The bottle measures approximately 11 from the base to the top of the pour spout and approximately 3.5 from side to side of the base. Pureoxia was part of the Moxie family. Moxie is a brand of carbonated beverage that is among the first mass-produced soft drinks in the United States. It is clear from the time chart that The Coca-Cola logo was pre 1930. What isnt clear is why its printed on a Pureoxia bottle. Maybe the bottle was accidentally turned in to Coca-Cola, maybe it was some feuding corporations. We will never know but that makes this a truly one of a kind bottle. The bottle is just as it was found. See pictures for details and condition. The item "Vintage Pre 1930s COCA COLA Seltzer Bottle On Pureoxia Boston Mass One Of A Kind" is in sale since Sunday, October 11, 2020. This item is in the category "Collectibles\Bottles & Insulators\Bottles\Modern (1900-Now)\Seltzer".