1965 Beatles Lunch Box, from Rolling Stone Magazine Cover, One of a kind 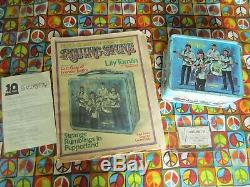 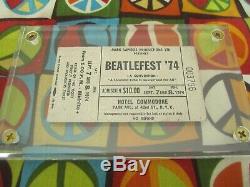 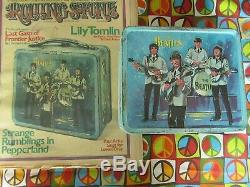 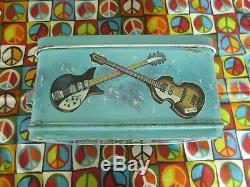 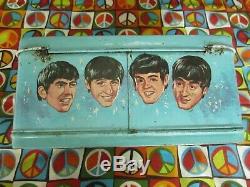 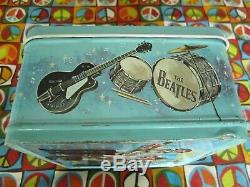 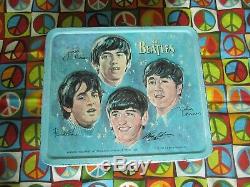 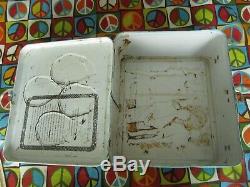 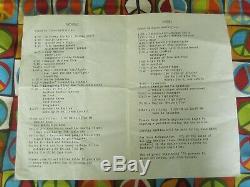 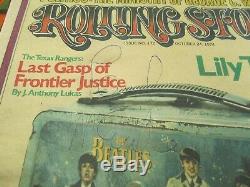 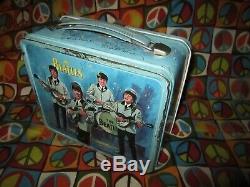 This all came in one package, The ticket, The magazine, The box, and the 1974 Beatlefest flyer. This is believed to be the box on the cover of Rolling Stone Magazine. Please study the photos to determine for yourself. The box is in poor condition, but probably the most viewed box in the world. I asked a couple of grading companies if they could verify this grouping. Both said it was out of their parameters as experts. There is an unverified Mcartney signature on the cover that does not show up well.

I have studied the Dents, Scratches, and off center punch of this box. And feel it is the Rolling Stone cover Box. Study the over punch on the heads and judge for yourself.

I found no company that grades lunchboxes. I guess they would have to be slabbed after grading, making it kinda weird. Everyone that has seen it agrees, and it's a great conversation piece. The paperwork and magazine article are included and support the story. This set has sat in storage for almost 3 decades.