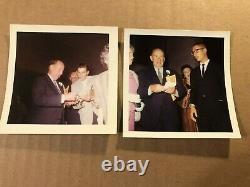 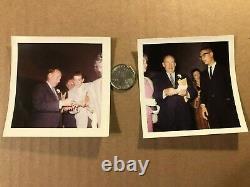 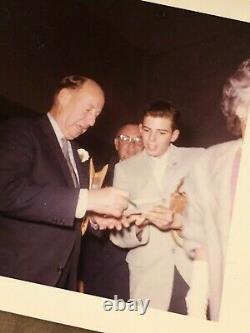 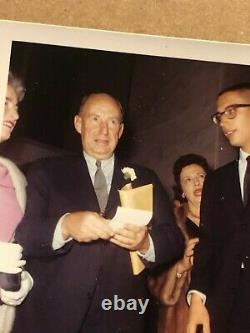 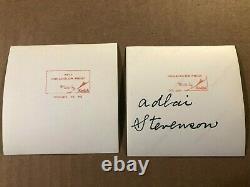 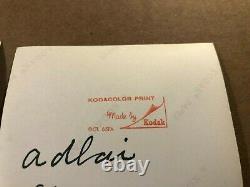 Here are two rare one of a kind candid photos of US Ambassador to the United Nations Adlai Stevenson from two key years, one from 1961, the year of the Bay of Pigs Invasion of Cuba, and one from 1965, the year he died. Adlai Ewing Stevenson II (1900 - 1965) was an American lawyer, politician, and diplomat.

Raised in Bloomington, Illinois, Stevenson was a member of the Democratic Party. He served in numerous positions in the federal government during the 1930s and 1940s, including the Agricultural Adjustment Administration, Federal Alcohol Administration, Department of the Navy, and the State Department. In 1945, he served on the committee that created the United Nations, and he was a member of the initial U. In 1948, he was elected governor of Illinois, defeating incumbent governor Dwight H. As governor, he reformed the state police, cracked down on illegal gambling, improved the state highways, and attempted to cleanse the state government of corruption. Stevenson also sought to reform the Illinois state constitution and introduced several crime bills in the state legislature. However, his efforts at constitutional reform and the crime bills failed to pass the state legislature. In the 1952 and 1956 presidential elections, he was chosen as the Democratic nominee for president, but was defeated in a landslide by Republican Dwight D. In 1960, he again unsuccessfully sought the Democratic presidential nomination for a third time at the Democratic National Convention. Kennedy was elected, he appointed Stevenson as the United States Ambassador to the United Nations. Two major events Stevenson dealt with during his time as UN ambassador were the Bay of Pigs Invasion of Cuba in April 1961 and the Cuban Missile Crisis in October 1962.

Stevenson served as UN ambassador from January 1961 until his death during a visit to London on July 14, 1965. He is buried in Evergreen Cemetery in his hometown of Bloomington, Illinois.

This item is in the category "Collectibles\Historical Memorabilia\Political\US\Other US Politics Collectibles". The seller is "pengang" and is located in this country: US. This item can be shipped worldwide.