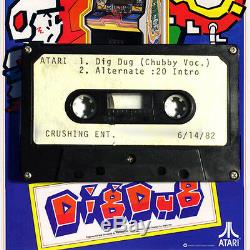 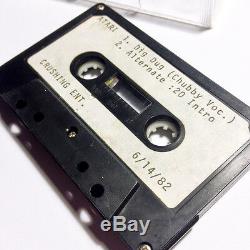 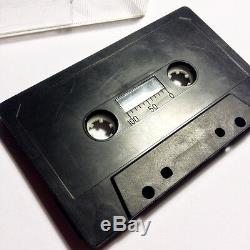 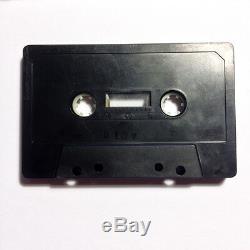 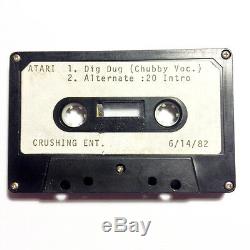 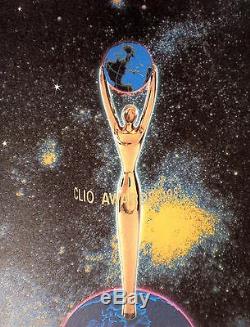 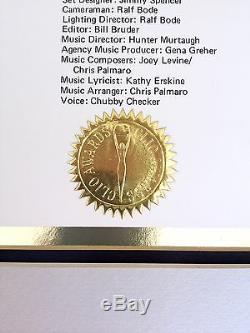 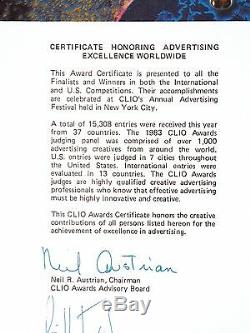 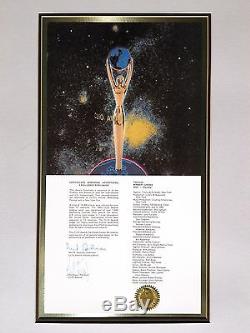 ATARI / CHUBBY CHECKER SINGS DIG DUG - GENUINE ONE OF KIND ATARI ARTIFACT CASSETTE 83. Yes, thats right, ATARI and CHUBBY CHECKER came together to craft a song that was suppose to be used in their live action, theatrical, commercial that was to promote one of their all-time biggest releases; DIG DUG (1983). The song is very catchy and bares a strong resemblance to Chubbys most famous song, The Twist.

The commercial was released in theaters in 1983. Type ATARI DIG DUG COMMERCIAL into Google and youll find it. And was originally to feature.

The song as sung by Chubby, but was then replaced by an unrecognizable 80s styled band thats singing and playing the song in the background in the final production. The popular thought as to why Chubbys vocals were never used, and well after producers had fully mastered the song for the film, is that with Chubby at the helm that it was going to miss its target audience, which were kids of the 80s. However, Chubbys style was perfectly suited to the commercial, which featured a 60s Cold War atmosphere and its a shame that it never got to be heard by the public for 34 years. NEVER BEEN RELEASED ANYWHERE and THIS MAY VERY WELL BE THE ONLY REMAINING COPY OF THE SONG IN EXISTENCE. Thankfully the song was well preserved on a cassette that resided in a box in my garage, protected from the elements for over 34 years. About 2 years ago I loaded the song up onto SOUNDCLOUD. (type DIG DUG - SUNG BY CHUBBY CHECKER into google and you will discover the songs in all its glory). PLEASE NOTE: The version of the song as heard on SOUNDCLOUD does NOT represent the quality of the sound that is on the tape, which is actually quite good (the sound quality on SC is dumbed down in order to discourage people from downloading the song).

I will gladly include a digital transfer of the song along with the sale of this item. ALSO - THE MAIN PHOTO THAT HAS THAT HAS THE PROMINENT DIG DUG DECALS IS NOT PART OF THIS SET AND WAS ONLY CREATED TO BE USED ON SOUNDCLOUD - IT IS UTILIZED HERE IN ORDER TO BE CONSISTENT WITH WHAT PEOPLE HAVE BEEN EXPOSED TO PREVIOUSLY. DETAILS: The song comes on a normal cassette tape and runs a total of 2:12.

The Cassette is black with white label that has ATARI typed on it, followed by a listing of 1. There is a 2nd track on the tape that includes an 2. All this last track represents is the same :20 seconds that plays at the beginning of the first track, but it stops with the trumpets blaring and right before the vocals are suppose to kick in. The rest of the text on the tape reads 6/14/82, which is the date of the songs production.

CONDITION: The cassette looks slightly aged, but is in remarkable condition, as is the quality of the song. A CLIO AWARD is the advertising equivalent to getting an ACADEMY AWARD , so it is quite the accomplishment. This award was presented to my father, Donald Osborne, who was VP of ATARIs coin-operated marketing department. WHAT YOU GET IN TOTAL: Cassette tape with DIG DUG song, as sung by the legendary Chubby Checker and the CLIO AWARD CERTIFICATE.

AGAIN, THIS IS EXTREMELY RARE AND SHOULD BE A HIGHLY SOUGHT AFTER PIECE OF MUSIC AND VIDEO GAME HISTORY, SO DON'T MISS YOUR OPPORTUNITY TO OBTAIN SOMETHING THAT IS TRULY A LOST, BUT VERY IMPORTANT PART OF THE HISTORY OF GAMING. Setting up an account is easy and its free! Good luck and be sure to check out my other auctions! The item "ATARI ARTIFACT CHUBBY CHECKER SINGS'DIG DUG' ONE OF KIND CASSETTE ('83)" is in sale since Friday, April 19, 2019. This item is in the category "Collectibles\Arcade, Jukeboxes & Pinball\Arcade Gaming\Replacement Parts".