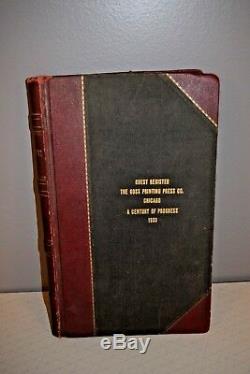 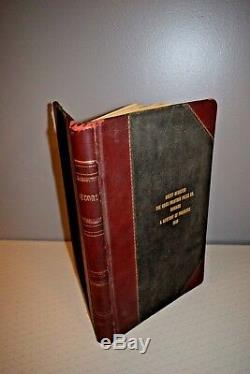 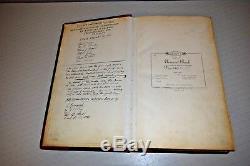 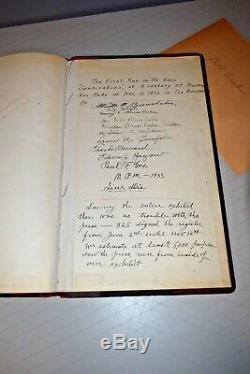 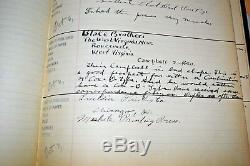 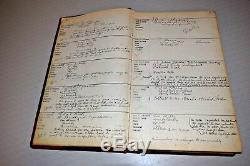 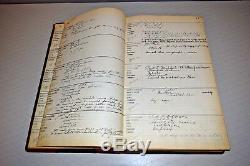 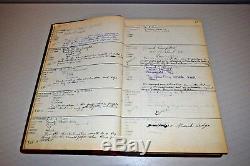 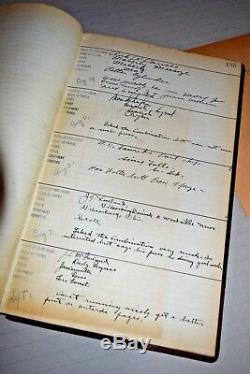 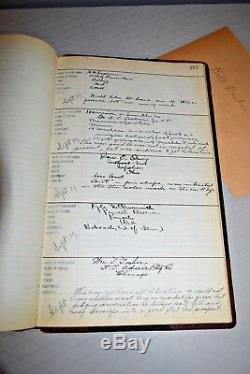 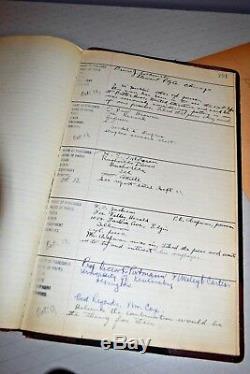 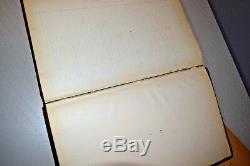 This guest register is one of a kind. It contains all of the reporters who came to see the new Goss Printing Press at the 1933 World's Fair.

Over 275 pages of cursive names and occupations. The front cover says: The new Goss combination press was started for the first exhibition run at a Century of Progress.

Those presant at the time... Van Natta, Chas Richter, Geo Novak it goes on to say how well the new press performed and exceeded expectations. The final run (as noted in back cover) was on November 12, 1933. Between June 2nd and Nove 12th, 1933, 825 people signed the register and it is estimated at least 5000 people saw it in the exhibit (originally noted on back cover). Hundreds of reporters from hundreds of newspapers signed this book and saw the new press in action in 1933.

Each has their name, newspaper, and current printing equipment as well as remarks. This register is a piece of history and appeals to Century of Progress, Printing Press, or Handwriting collectors.

Roughly 16 tall and weighs over 3 pounds! With nothing to compare it to, we are reviewing all offers.

Thank you for your time and consideration. The item "ONE OF A KIND Century of Progress Guest Register Goss Printing Press Chicago" is in sale since Friday, November 23, 2018.