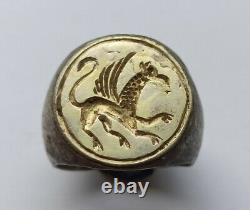 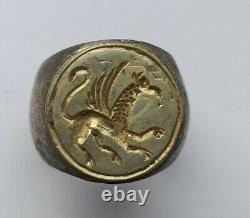 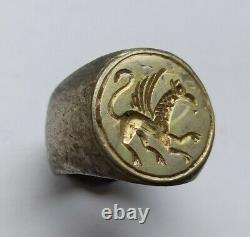 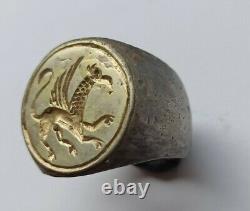 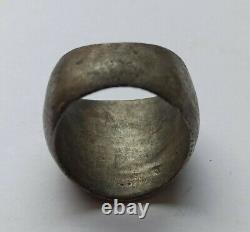 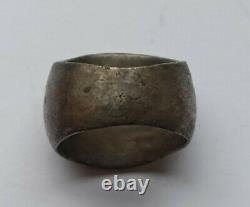 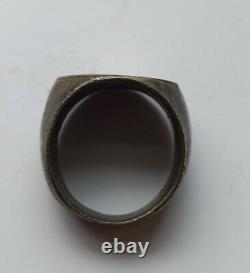 The griffin is a legendary creature with the body, tail, and back legs of a lion; the head and wings of an eagle and an eagle's talons as its front feet. Because the lion was traditionally considered the king of the beasts, and the eagle the king of the birds, by the Middle Ages, the griffin was thought to be an especially powerful and majestic creature. Since classical antiquity, griffins were known for guarding treasures and priceless possessions. Provenance: Previously in a large British private collection consisting of ancient jewellery acquired from European art markets in Munich and Vienna in the early 1990s. The item "ONE OF A KIND LATE MEDIEVAL SILVER GILDED RING DEPICTING A GRIFFIN 1300-1400 AD" is in sale since Monday, August 2, 2021.